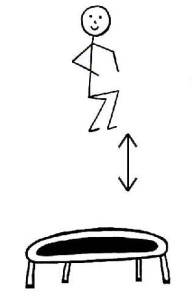 I learned a new term this week: Stationarity.

More specifically, “the end of stationarity,” which is apparently a new phrase coined by scientists to describe the growing turmoil of climate change.

The End of Stationarity

Climate change is disrupting all humanity’s presumptions. For eons, people have counted on reliable things like the seasons, the weather, adequate rainfall — all necessary for growing food. People have counted on rivers staying within their banks, hillsides staying in place, oceans growing fish, and wells bringing up water to drink. All these erstwhile-steady things are now widely variable.

Our modern economy has counted on reliable things, too. Like a steady climate for agriculture and commodities. Relative rarity of, and thus low cost of, fires, storms and floods. Ultra-cheap fossil-fueled transportation, which enabled globalization. And a populace with plenty of disposable income to buy all the things the economy produced so that the economy could continue to “grow,” thus keeping the whole fragile stack of cards functional. All this erstwhile-steadiness is now a thing of the past.

Within the Transition movement, we talk a lot about Resilience.

In my various writing — about the economy, the Transition movement, urban agriculture, community-building — I’ve often explained Resilience with an image of a little guy bouncing on a trampoline, the surface ever-changing beneath him. Now there’s a name for that ever-changingess: the end of stationarity.

Resilience is our response to “the end of stationarity” before we even knew the name of the thing we were working to solve.

Building Resilience is our key response, our key readiness, to the turmoil coming with increased impacts from climate change, the end of cheap oil, the shifts of decarbonizing society, the economic repercussions of leaving behind an oil economy and leaving oil in the ground, the economic upheaval that results from the degenerative crumbling that comes from decades of condensing oligarchy ... (the list goes on and on, to the point that it gets really depressing and your audience tunes out and goes to sleep).

But now we have it in a nice tidy little phrase to explain all that. The end of stationarity. The trampoline in the graphic represents a world that exists with scant stationarity.

And our little guy is up there bouncing, able to rebound despite that changing surface. Despite the lack of stationarity.

Most importantly: he has a smile on his face. He has found a way to enjoy his situation, to thrive within it, to feel the joy.

No matter how you define it, isn’t that ultimately the goal?

Join people around the world calling for climate action